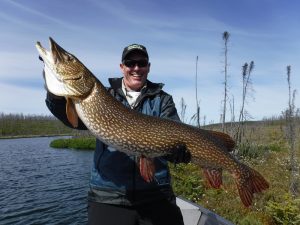 Early in my fishing, it didn’t take long to recognize that many manufacturers used cheaper and inferior hooks on many lures. Simple enough, I understood it was a cost issue, but it also was obvious that if I wanted quality hooks on many lures, I had to do it myself, I needed to be prepared.  I believe I was 12 when I first started using Mustad and have been using them ever since without ever experiencing a problem. From the smallest Trout hook holding fast in giant Trout, to Mustad Ultra Point barbless circle hooks landing Bluefin Tuna over 1,000 lbs.

From time to time a fishing partner would try a different brand, and I watched as bent and brittle hooks would break at times for no reason, this never happened with my Mustad and only continued to reinforce my dedication.

I remember testing the amount of stretch a casting distance of monofilament or fluorocarbon would stretch on hook sets and I wondered how I ever set a hook. I immediately became more diligent on sharpening my hooks and when Mustad released Mustad Ultra Point hooks, I relished in the concept. Not only sticky sharp out of the package, but hard to ever roll the point. I have watched hours of underwater footage of fish hitting lures and baits on other hooks without ever being hooked or noticing a hit from boat side.  The sharper the hook, the better as it only takes a split second for a sticky sharp Mustad to stick and start to penetrate and become a noticeable hit. To catch a fish, before you test your skill at landing a fish, or test your knots and leaders, it all starts with the hook doing its job before anything else gets started.

For me, after 42 years of serious fishing, nothing beats quality Mustad hooks.